Explore The World Of 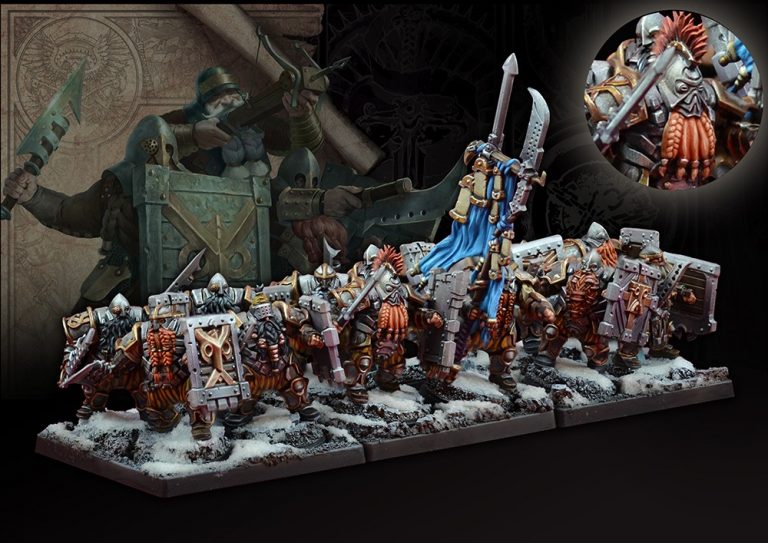 Despite the tremendous influence that both the Ardent and Tempered sects hold within Dweghom society, the foundation of the Dweghom Hold still rests firmly upon the core social unit of the Clan. It should be noted, however, that a Dweghom Clan should not be equated with the traditional human kinship structure so prevalent in the highlands of Braeonia. Dweghom Clans are instead descended from the warbands and regiments that survived the Breaking and the subsequent retreat to the Holds. While heritage and tradition do form a strong bond between the members of a clan, the traditional filial bonds so prevalent in human clans are far less important due to the Dweghom social structure.

Raised in a Clan crèche from birth, clan association quickly becomes stronger than parental bonding. While parents retain some prideful interest in the progress of their offspring and their Aghm, by early adulthood this dissociation is almost total. Within a Clan, each member has their value measured according to their own achievements, creating a remarkably meritocratic system. However, this same system is also ruthlessly unforgiving and competitive, where a single mistake ends advancement and opens the distinct possibility of entering a vicious cycle of social humiliation that only ends at the very bottom of the social ladder.

The rigid codification and allocation of Aghm by the Mnemancers, however, does not allow for errors or accidents. A single misstep on this perilous road can quickly see opportunities for advancement vanishing while his peers progress. A particularly bad mistake could even see the individual relegated to positions that allow no accrual of Aghm, condemning him to the lowest strata of society and the darkest, least rewarding of tasks.

Partly to ameliorate this social dynamic, and partly to ensure the replenishment of their ranks, it is possible for a Dweghom warrior to voluntarily cap his advancement in the military if he commits to lifelong service at his current standing. It is a testament to the harshness and potential dangers of military advancement, the fact that the bulk of Dweghom warriors have stepped off the advancement track and committed themselves to a lifetime of military service.

The sword and shield remain the traditional equipment of the Dweghom infantry. Even while mass produced in their massive forges, the swords remain exceptional examples of Dweghom craft, with function placed firmly before form. Similarly, their shields are modular locking metal sheathed wooden planks over a steel frame, allowing for the quick repair and replacement after battle. On the other hand, battle with a flying opponent quickly cured the Dweghom of preconceptions against ranged combat. The ballistae were the first ranged weapon developed to combat dragons, but were quickly outclassed by the more esoteric weapons developed by the Tempered. They are nonetheless a powerful instrument of death against lesser foes, and their ease of production and repair have made them a staple of the Hold armories.

Be they shield-bearing warriors or ballistae specialists, when one encounters unranked Hold Warriors within the field, he will mostly be facing hardened veterans who have devoted their life to military service. The small percentage who are not lifelong servicemen, however, trade battlefield experience for ambition and ruthlessness, making them just as dangerous on the field of battle.