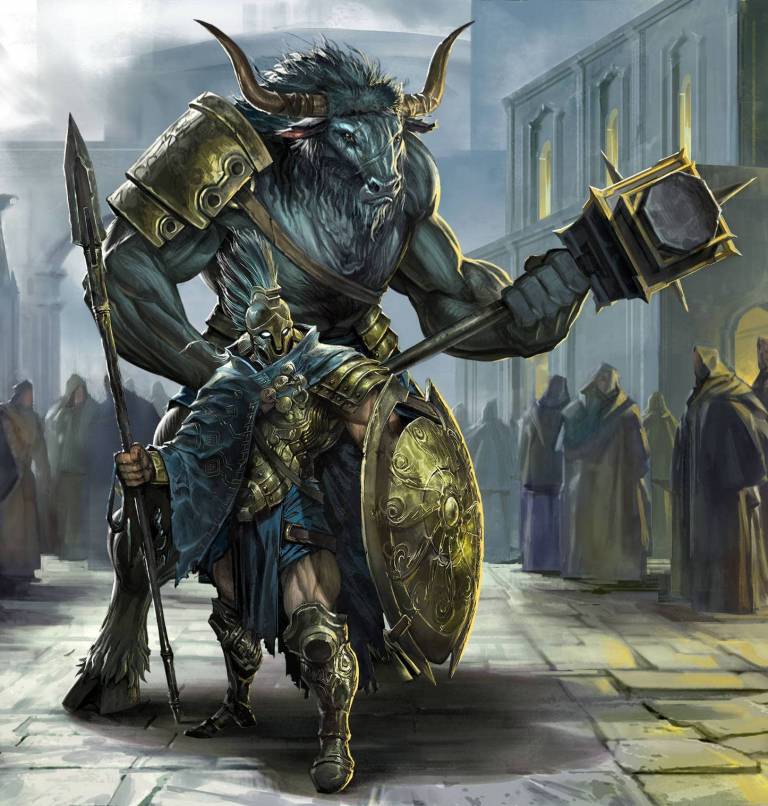 While the Hundred Kingdoms were being born in a wave of desperate refugees, violence and hunger, the City States were flourishing, picking through the greatest secrets of the old Dominion and delving into the secrets of archemy and divinity. Today they are the greatest repositories of knowledge and the inheritors of the glory that was once the Old Dominion of Man.

At least that is what the Locutors of the City States would have one believe. It is true that while the Hundred Kingdoms were born from the desperate rush of thousands of refugees, the City States had already been founded on the highest principles of philosophy, ethics and education available to mankind. In fact, the entire existence of the City States is owed to the presence of their founder, Constantius Domulexor.

Born Platon of Chorae, he started as a humble butcher’s apprentice, only to rise to the pinnacle of secular power within the Old Dominion, becoming the Maistros of the Dominion’s Collegia under the academic name of Constantius Domulexor. It was Constantius and his colleague, the unnamed First Magos of the Collegia, who identified Hazlia’s creeping madness. They, two of the most powerful and influential individuals within the Dominion, delved deep into the secrets of divinity and the Primordial, plumbing secrets on the nature of divinity and power that have thankfully been lost. Both individuals were deeply changed by their research and while the First Magos sought to use his knowledge and power to kill his God, Constantius resolved instead to safeguard and protect mankind from the coming cataclysm as best he could. Using once more the forgotten name of his humble origins to ensure secrecy in the first stages of his schemes, Platon took on a subtle task of momentous proportions: the transfer of an empire’s amassed knowledge.

Thus the foundations of the City States were laid. Craftsmen, scholars and workers were secretly encouraged to emigrate even as the libraries of the Old Dominion were copied and sent with them. As the collapse of the old Dominion accelerated, even the thinnest pretenses of secrecy were abandoned. Entire libraries were ransacked and countless legion reinforcements were diverted to serve as guardians for the burgeoning cities. Even some of the Bred were saved from the great purges that followed, becoming productive members of the growing City States.

Platon’s intimate knowledge of the workings of divinity even allowed him to send a Primordial seed to each of his cities which would with worship and belief, grow to become patron Gods to each city, protecting them from Hazlia’s baleful influence and unknowingly laying the foundations for the single greatest technological advance of man: the science of archemy.

To ensure the success of his vision, he dared what no mortal before him had attempted and stole a small but critical portion of Hazlia’s mantle to keep the fallen god from turning it on mankind. Worried that he might eventually succumb to the same fate as his God, Platon sought to divide and contain this gift, placing himself at the heart of every City that was founded in his vision.

So it was that with a healthy population, a dedicated corps of Guardians, a benevolent patron god, the accumulated knowledge of mankind, and himself as an incorruptible philosopher king guiding them, it was Platon’s dream that each of these cities would become a utopia from which man could reclaim the planet. But so worried had Platon become of the Divine pitfalls and the corruptive nature of the power he knew he would wield that he fell for an even more timeless foe: hubris.

While the scientific principles behind his efforts may have been sound his time was running out so his process was rushed and his vessels flawed. The transference was incomplete and the cities were left to their own devices, ruled by pale shadows of what Platon had hoped would be divine philosopher kings advised by an incorruptible council. Impaired by their own deficiencies and scarred by the terror he felt in his final moments as his science and technology turned against him, the ruling councils of each City ruled as best they could, but to no avail.

Within decades, little unity remained amongst the City States. Fed by the burgeoning paranoia of the Councils, all efforts were bent to securing the future and prosperity of the City against a divine foe that had already been defeated rather than focusing on safeguarding mankind as a whole. Resources were hoarded and relations between the cities soured quickly.

Fearful of upsetting the status quo, the Councils proscribed almost all growth and development but what they could control and almost overnight archemy and clockwork became the driving force of industry within the City States. With no overarching will to guide them, they soon became independent City States, each warring with the other to maintain what dominance and resources they could secure.

After decades of repression and warfare, it should come as little surprise that almost half the city states rebelled against their own councils, particularly among those cities where the damage from the failed transference was the greatest. Some of these rebellious cities imploded spectacularly, their citizens fleeing north to the Hundred Kingdoms or finding refuge in other, more successful, City States. Those Cities that endured fall within two broad categories: those that fell under the sway of demagogues and the plague of democracy and those that fell under the iron fisted control of their patron gods unleashed.

Today, that is how the City States stand: split among the Demagogue, Militarist and Academic Councils, squandering their glorious heritage and advanced technology challenging each other and any who might threaten them for supremacy.