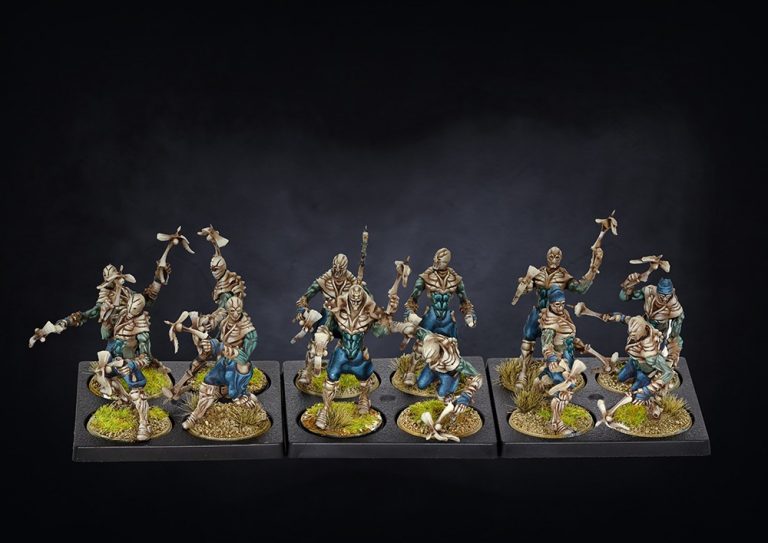 Unlike the Brute and Force Grown Drones the Vanguard Clones are not grown in the spawning pits deep within the Underspire. Woven from 100% pure exile tissue, their strands are improved upon and woven to produce superior specimens. Used for delicate tasks requiring initiative, intelligence and dexterity, Clones are invariably much more resource intensive to gestate and develop than Drones. Given this understanding and witnessing the prevalence of Drones within the observed Spire forces, it would be easy to surmise clones are rare within Spire society.

Nothing could be further from the truth. The vast majority of the active population of a Spire is composed of Clones. Their gestation chambers, while significantly less efficient than the spawning pools, are nonetheless colossal hollows in the ensconced deep within the superstructure of the Spire with thousands upon thousands of artificial wombs lining the walls. Hundreds of Clones are born daily, their newborn needs handled by dedicated drone handlers until they are developmentally old enough to attend the nurseries. From an early age, candidates are driven to excel in all fields, undergoing rigorous, often brutal, testing that allows the most driven individuals to excel in those fields they are naturally predisposed to.

Past… errors, have convinced the Sovereign of the need for variation within a population. As a result, while the Directorate is allowed to improve and purify the strains used to generate the clone population of a Spire, their mingling is left entirely to chance. As a result, aptitudes and predilections vary wildly within the population and competition for the more comfortable and safe assignments within the Spire is fierce. Only a set number of spaces open in each department and only the highest scoring candidates are considered for each. As the infant clones depart the nurseries, they are assigned to those departments they have shown the highest aptitude for.

Demand for fresh bodies within the War Department is so high, that any clones who fail to get assigned to another department are invariably assigned there to start their physical conditioning, along with those who excel at physical activities. From here there are two paths to follow: the battlefield, or the Arena. The rate of attrition in the Arena is such that, even offering full emancipation within three years of entry, the War Department cannot fulfill its quota of fresh bodies, resulting in a second culling as the lowest performing cadets are reassigned to the Arenas.

Those that are left undergo a brutal training regime to enter the Vanguard regiments. This first training regime focuses on physical development and a martial arts training. By the end of their third year of conditioning and training, a Vanguard clone is equally comfortable with killing using bows, snap bows, blades and limb. Their training has been skewed to emphasizes evasion and speed over raw power but raised to peak physical condition and trained in combat for three years, the average Vanguard Clone is more than a match for even a veteran man at arms, capable of going toe to toe with the combat elite of the Dweghom and W’adrhŭn.

Those Vanguards who have survived three deployments are given a choice: continued service in the line infantry or five years of service as an Infiltrator after completing the necessary training. It is a testament to the ruthless efficiency of the training regime that produces the Infiltrators Squads that only one in ten veterans volunteer for this duty, despite the promise of eventual self-hood.