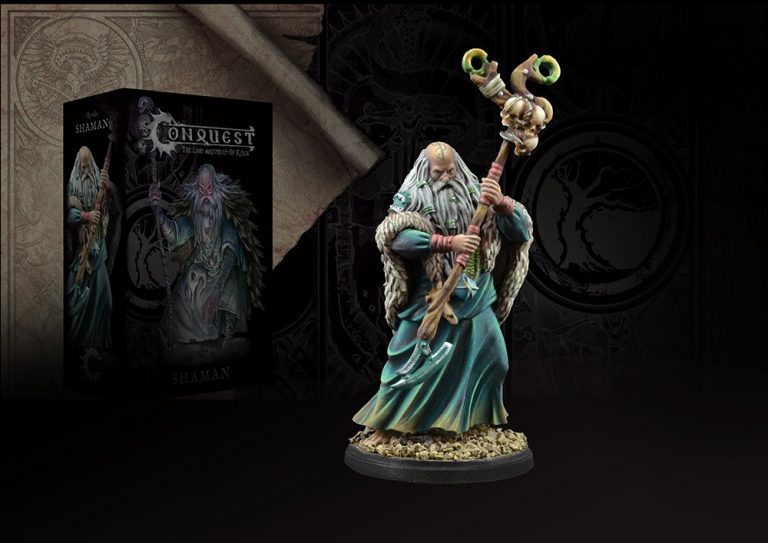 The position and role of Shaman once commanded a great deal of respect in Nord society. Before the coming of the Einherjar, they were the only force capable of blunting the worst excesses of the Fimbulwinter and the Jötnar. Their rune castings and mist weavings could, and did, save countless villages from extinction. During the war with the Jötnar, Shamen were often found at the right hand of the Einherjar, granting their wisdom and guiding them through the many difficult decisions that had to be taken.

Given the pivotal role they played in the survival of the Nord people, one would expect their station to be rather more… exalted than it currently stands. Reduced to living on the edge of what villages will take them, Shamen have fallen on hard times. This decline can be directly traced to the rise of the Valkyrie Cult as a force within Nord society.

The conflict between these two forces within Nord society was, perhaps, inevitable. The Shamen had long treated with the Einherjar and the god-blooded as allies and equals. In them, they saw mortal men with tremendous gifts that had to be guided and controlled lest those gifts overwhelm them, a narrative which stood at complete odds with the fierce worship the Valkyries offered to the Einherjar. And when the popularity contest is between an orgiastic female warrior cult that worships living gods and crabby old men in the forest, the outcome was never in doubt.

As more and more of the Nords turned to the new cult, the Shamen found themselves shunned and ignored. As their influence waned, so did their fortunes as even their greatest allies, the Einherjar themselves, slowly vanished to the twin plagues of violence and their own gifts. Those few who remained possessed too little influence to protect their erstwhile allies, and the Shamen were forced to live on the edges of Nord society.

Driven from the comforts of what civilization exists in the wild north of Mannheim, only the most powerful, ruthless and resourceful of the Shamen have survived. Their proud duels and conflicts are now a thing of the past, as all the considerable resources of these Gifted individuals is bent on reversing their decline. The last few winters have once more witnessed a renaissance of sorts for the Shamen in Nord society. Their gatherings at the sacred stones of Aarheim have resumed, even if only under threat of retribution from the Graymane, the only Einherjar the Valkyries will not challenge. Gifted young men are slowly drifting into their orbit once more and the refined knowledge of these powerful elders is being bequeathed to a new generation. With their increased visibility and activity, some captains have even taken to bringing them along on raids.

Long forgotten and fallen into disuse, the mist weaving powers of a Shaman are quickly regaining the respect of field commanders. The ability to calm the weather is of tremendous aid when crossing the White Waste, while the mists help their forces close with unsuspecting foes with ease. Even the old tradition of rune casting, long persecuted by the Valkyries, is being turned to the benefit of the Nord war machine. Under these twin blessings, Nord Captains who brave the displeasure of the Cult are achieving tremendous success, their forces striking where their foe is weakest while under the cover of mist and shadows. It remains to be seen whether this newfound success will allow the Shamen to regain a portion of their old influence, or trigger a bloody internecine conflict with the increasingly agitated Valkyrie cults.

The Tale of Hjul the Fisherman

The Rule of Ice