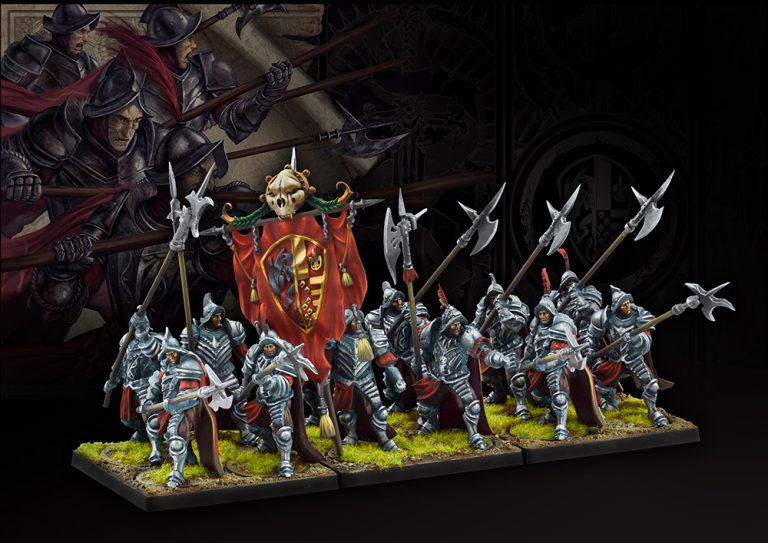 Even in these days of trade and wealth, the vast majority of the Noble Houses of the Hundred Kingdoms ascribe to Charles Armatellum’s famous maxim: power flows from the edge of the blade. As a result, the Noble Houses have long conspired to maintain their monopoly on the right to field a true military force. Following the death of the Emperor and the collapse of the imperial institutions, it was the Nobility who hobbled the Orders and limited their ability to intervene in their personal feuds and conflicts. While they gleefully point fingers to the influence of the Orders as the main culprits behind the survival of the Animus Possidendi Imperial decree, the truth is that with Noble support the Church could have eliminated that last barrier to their possession of real armed force. They even tried to eliminate the independent Imperial Legions, successfully disbanding the majority of them, stymied in their attempts only by the efforts of the first Chamberlain and the loyalty of the Steel Legion.

The subtle, and often less than subtle, machinations of the nobility have paid off. While the Orders and the Imperial Remnants might be more powerful than even the greatest noble, or two, put together, the overwhelming majority of the military power of the Hundred Kingdoms rests in the hands of the Nobility and at the heart of this power one can find the Household Guard.

Recruiting the best men their money can buy, the Household’s Guard is often an eclectic mix of veterans, washed out Legionnaires, foreign mercenaries and the younger progeny of lesser nobility with few alternative prospects. An Arms Master is often employed by the Noble Houses to keep these powerful and difficult men in check. These hard-bitten warriors are fiercer, tougher and deadlier than any of the men they lead and implicitly trusted by the Noble Houses that employ them, as they often serve as bodyguards, champions and executioners.

While their equipment may vary from household to household, the oldest Noble Houses have employed the same arms and equipment for centuries. A mixture of function and form, each of their household guard is armored a heavy breastplate over mail or padding, and a halberd. The wealthier the family the more ornate the armor and helmet, but one thing can be guaranteed: it will be functional.  The halberd has been the traditional ceremonial weapon of all guards in the Hundred Kingdoms for centuries, and the household guard are no exception. These veterans however, have mastered the weapon to a degree that the massed troop levies that commonly wield them could not hope to match.

On the field of battle, it is not uncommon to see the master of a House leading the Household Guard in person. Leaving the gallant antics of knightly combat to the younger generation and with his safety guaranteed by the presence of his trusted Arms Master, many a veteran Noble Lord has swung a battle by leading his Household Guard to shatter the enemies’ infantry line.

Fate of the Legions: Ash and Argent